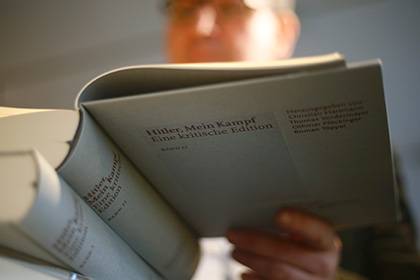 Students from several Italian secondary schools told the researchers about the love for the book “Mein Kampf” (My struggle), written by the Fuhrer of Nazi Germany Adolf Hitler. On Friday, December 9, reports The Local.

The Ministry said that the results of the vote will not be taken into consideration because the students were asked to name a few favorite works in the entire history of mankind, and written by Italian authors after the year 2000.
Hitler wrote “Mein Kampf” in 1924, serving a sentence in a Bavarian prison for organizing the “beer hall putsch” of 1923. In the book, the author outlined the ideas of national socialism. Its first edition took place in 1925, and eight years later — after Hitler came to power, the book became the most published in Germany, and its reading is mandatory.

In Russia, “Mein Kampf” is included in the list of extremist materials and is not to be published.