Govorukhin praised the inclusion of the “Harry Potter” in the curriculum 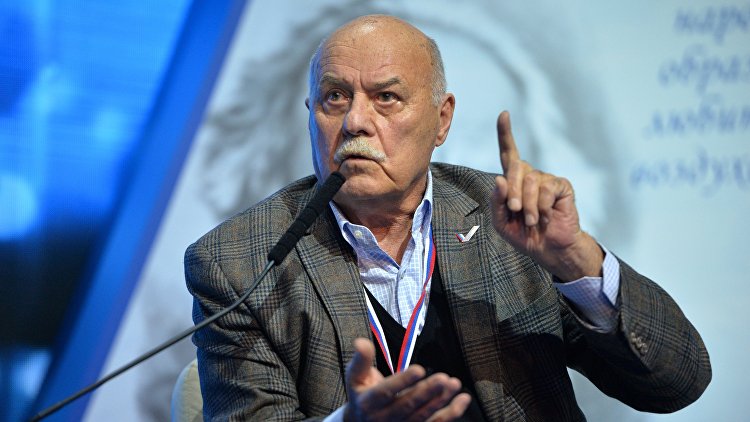 MOSCOW, 8 Dec — RIA Novosti. The Chairman of the Duma Committee on culture Stanislav Govorukhin said that can not speak for or against the inclusion of a series of books about Harry Potter in the school curriculum, because they do not read them, while noting a General reduction in the quality of translations on Russian language of modern Western works.

writers ‘ Union spoke out against Harry Potter in the school curriculum

Earlier media reported that the Deputy of Legislative Assembly of Leningrad region Vladimir Petrov proposed to include in the curriculum a series of books by JK Rowling about Harry Potter, his project, he plans to transfer to the Minister of education and science Olga Vasilyeva.

I have not read or have not watched the film. I’m a reader and I read a lot, even more than required but I didn’t read that. And to be honest, I have this current fiction does not Lublinianka Govorukhin

The MP noted that the quality of translation of contemporary Western books on the Russian language lately has become much worse, because the “Institute class translators disappeared with the fall of the Soviet Union.”

A series of seven novels Rowling’s Harry Potter series, released in 1997-2007, published with a total circulation of 400 million copies and translated into 65 languages of the world. In 2016, came out of the plot adjacent to the series about the boy wizard play “Harry Potter and the Cursed child”.