Trump won the election thanks to the scientists and Big Data

A sensational study published the Swiss publication Das Magazin. The article says that the scientists, Big Data and the latest technology provided to Donald Trump win the election. 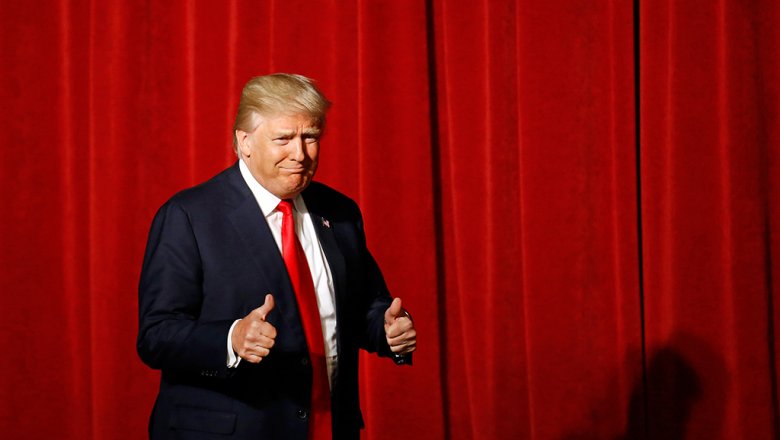 According to the newspaper, the key factors of the victory trump — innovative technologies, daily surveillance of each person and versatile weapons falling into the wrong hands. Specialist in Big Data and psychometrics (psychology section, based on the data analysis) Michal Kosinski realized that victory trump connected with his scientific researches as soon as the TV announced the election results. The same day firm Cambridge Analytica issued a press release stating:

We were astonished that our revolutionary approach is based on data communication made a significant contribution to the victory of Donald trump.

Each user action — even a simple “like” on a social network or a request to Google — leaves a trace on the Internet. The combination of these data is called Big Data. Experts say that a victory for trump and for Brexit in the UK is one company specializing in researching Big Data — Cambridge Analytica.

The head of the world’s first laboratory of psychometrics (the Cavendish laboratory in psychometrics Centre at Cambridge), together with fellow students launched a Facebook app called MyPersonality. The answers to this questionnaire enable the scientists to measure the identity of the person “method of the ocean.” OCEAN — the first letters of English names of personality traits: openness, conscientiousness, extraversion, friendliness and neuroticism. In addition, the researchers analyzed the “likes”, reposts, and other information from Facebook to confirm personality traits and infer relationships.

68 likes allow you to determine skin color and orientation, and a commitment to Democrats or Republicans

Scientist found that after 150 likes to get to know a person better than the parents, after the 300 — better than a partner. When Kosinski published the results of a study, he received only two calls of complaint and a job offer. Both of Facebook.

Moving forward, Kosinski learned to evaluate people in terms of the model OCEAN pics, friends, etc. It also analyzed the private data of a user on this the owner gave consent when you install the application-test, and this is standard practice. The information is interesting: so, you know, waving you hand or not — it fixes the sensor in the smartphone. The data will allow us to say, whether impulsive or not.

In fact, Kosinski has created a search engine for people.

In 2014, the company Strategic Communications Laboratories, which were engaged in election campaigns, suggested that Kozinski to perform 10 million people. Later the Wikileaks disclosures showed that the company was Corporation, the system was tied to “tax havens”. One of the subsidiaries of SCL was the same Cambridge Analytica, which is organized by the campaign for Brexit and trump.

However, Kosinski, realizing the danger of their work, refused to cooperate with SCL and moved to Stanford. In 2015 he learned that the leader of the radical supporters of Brexit Farage has partnered with Cambridge Analytica. For the election campaign she used the “on micro targeting” based on “a method of ocean.”

Kosinski realized that its development is used in a big political game.

On the relationship of trump from the Cambridge Analytica few knew. Although the politician in his Twitter once wrote:

Soon you will call me Mr. Brexit.Donald Trump

By the way, the trump on the table not even a computer. Twitter the smartphone taught him his assistant, and this is hardly the only online platform that is used by a politician.

Hillary Clinton has divided the audience on a formally homogeneous groups (women, African Americans, etc.) and broadcast each of them their message. Cambridge Analytica worked thinner — took into account the interests and character of each user, whose identity was measured by the “method of the ocean.”

The company has purchased data from different databases — clinics, subscriptions to Newspapers, membership cards, telephone directories, inventory lists, etc. this data is Then compared with the lists of supporters of the Republican party in information about the activity on Facebook. Cambridge Analytica has data 220 million adult residents of the United States. Depending on the evaluation by the “method of the ocean” various users have proposed various promises in the election campaign.

In the days of debate trump and Clinton in the social network sent 175 thousand options of promises.

The materials are promoted as positive qualities of the tramp, and argued, raubergasse to vote for Clinton. The company focused on 17 States and identified 32 psycho people. Services Cambridge Analytica during the election campaign trump at a cost of 15 million dollars.

In addition, volunteers agitators trump received smartphone app, which showed the personal preferences of the residents of a home. When dealing with people, they considered this information and effectively convince them to vote for trump. Data on the reaction of residents were recorded and transferred to Cambridge Analytica.

It is known that work with Cambridge Analytica is planning a 26-year-old Marion maréchal Le Pen, an activist of the French “National front” and the niece of party leader marine Le Pen. The company also received requests from Germany and Switzerland.

A scientist is monitoring the situation and continues to research. He has already held a series of new tests together with his colleague Sandra Matts and will publish their results soon.

Kosinski gets thousands of complaints, but stands his ground:

It’s not my fault. I did not built the bomb, I just showed that they exist.Michal Coincidencias Big Data and psychometrics

Other researchers Big Data is also not standing still. So, they have developed an algorithm that increases the number of clicks on the ads in Facebook by 60%, while the probability of buying things after clicking on the ad technology increased by 1400%.