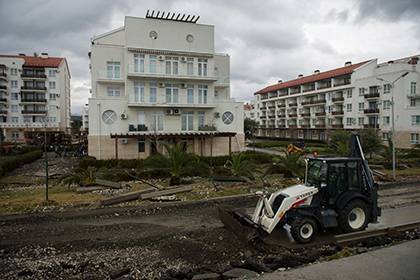 District in Sochi after the storm

From-for a strong wind with sleet more than 204 thousand people in the South of Russia were left without electricity. On Friday, 9 December, TASS reported the southern regional center of EMERCOM.

“As of 8:00 Moscow time, in the South of Russia the power outage recorded in four regions: Adygeya, Kalmykia, Krasnodar Krai and Rostov oblast. The zone disable got the 277 inhabitants of the settlements of the 33 municipalities”, — said the Agency interlocutor.

December 8 at the head office of EMERCOM in Krasnodar region residents warned of a sharp deterioration in the weather. According to meteorologists, in the region of rain, wet snow and wind gusts up to 15-20 meters per second. Possible ice and sleet sticking, noted on the Agency’s website.

4 December in Sochi due to a severe storm inundated the first floors of hotels. Hurricane-force winds with gusts up to 30 meters per second resulted in local power outages. Was ripped off the roof of two apartment buildings, a fallen tree damaged the pipeline.