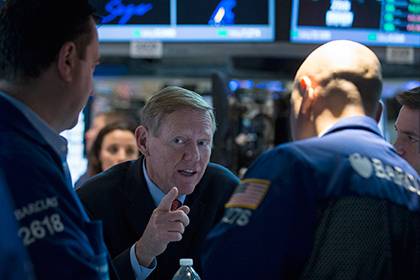 The list of candidates for the post of head of the American foreign Minister in the administration of Donald trump expanded at the expense of the former CEO of Ford Alan Mulally. Reported by ABC News.

According to the channel, trump held a meeting with him on December 8 in new York.

Earlier in the day, CBS TV channel, citing its own sources in the environment elected President said that the most probable candidate on a post of the head of the Department of state is the former Governor of the state of Massachusetts MITT Romney.

According to the channel, another contender for the post is former head of the CIA David Petraeus — is unlikely to prevail, because he is a General, in the administration of the tramp already being planned appointment of three representatives of the higher military command of national security Advisor Michael Flynn, Minister of defense James Mattis and the head of the Ministry of internal security John Kelly.

In a telephone interview with NBC 7 Dec trump denied that for so long pulls with the purpose of Romney because he wants revenge for criticism during the election campaign. “I talked a lot with him. Together we have come a long way. Initially we had difficulties but we, again, have come a long way,” — said the President-elect.