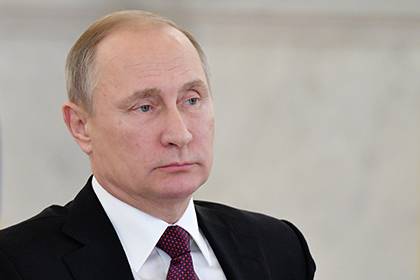 The President of Russia Vladimir Putin has begun to doubt the competence of the employees of the court who had admitted a man an offender for filing to the Prosecutor. This assumption, he announced on Thursday, December 8, the correspondent “Tapes.ru”.

The head of state was surprised by the contents of the document transmitted to him in the meeting of the Council for development of civil society and human rights. What exactly was it in the note, is not specified.

“The judgment written: so-and-so, surname and then — “committed [an offense] by writing the application in the Lipetsk regional Prosecutor’s office”,” read, Putin was indignant: “What is it? You really crazy, or what?”

He said that he will instruct the Prosecutor General and the Chairman of the Supreme court to deal with this situation. Because of such regulations raises questions about the qualifications of the judiciary, said the Russian leader.

During the meeting the head of public organization “Committee for the prevention of torture” Igor Kalyapin, in turn, asked to check for compliance to common sense the orders of the Federal penitentiary service. “This order is effective in accordance with the law, can make only the Prosecutor’s office. I will, I’ll have to do this” — said Putin, reports kp.ru.

Earlier Thursday, the President ordered to consider the issue of enforcement of the law on foreign agents with respect to environmental organizations. This work will involve the first Deputy head of the Kremlin administration Sergei Kiriyenko and the special representative of the President on environmental activities, transport and environment Sergei Ivanov.