The drill of the Curiosity Rover broke down

The Curiosity Rover sent to Mars to analyze soil composition and atmosphere, there is a problem with the brown. 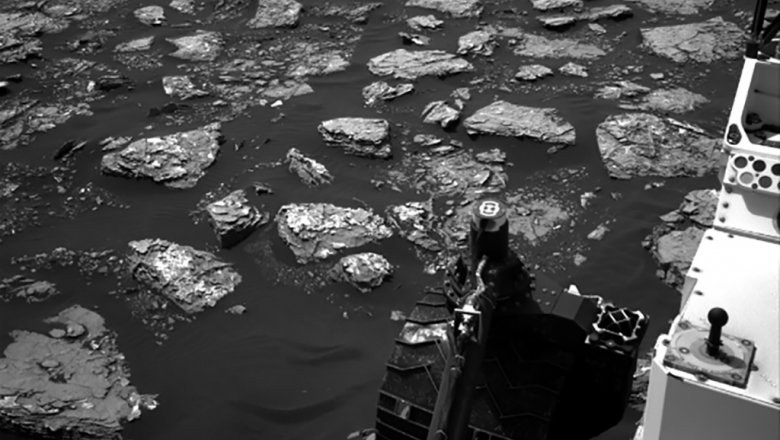 As reported on the website NASA, until then, until you can find out the reasons of breakage, the movement of Rover on the surface of the planet will be suspended.

However, on December 1, the researchers found the problem: the drill of the Rover was unable to perform passed to her from the Ground team.

As it turned out, there was a problem with the feed mechanism of the drill that pushes him out of the cross-shaped tower-turrets mounted on the end of the arm.

At the moment scientists diagnose malfunctions, using test Rover, which is on the Ground.

In their opinion, the fault could be either due to the fact that the drill holding brake fade is not complete or due to improper operation of electronic sensors installed in the robotic arm.

NASA experts assure that both errors can be eliminated.

news from Mars: Curiosity sent to Earth its self

As long as the exact cause of the default commands will not be found out, “Curiosity” will use a paddle and move around the surface. However, other instruments of the Rover will work in normal mode: in particular, the Rover will continue to use its installed camera and spectrometer, and other devices for environmental monitoring.

“Curiosity” arrived on Mars in August 2012. Since landing in Gale crater he made a journey over 15 kilometers and climbed to an altitude of 165 metres. During his work he made many images of the red planet and collected important scientific data, through which, for example, found out that the planet contains organic substances — chlorobenzene, methane, chlorinated alkanes. In addition to “Curiosity” on the surface of Mars also works the other Rover, Opportunity, which is on the red planet for more than 12 years.