Obama: U.S. mistakes in the invasion of Iraq became one of the reasons of the birth of ISIS

Also, the American leader said that the terrorist group has lost more than half its controlled territory. 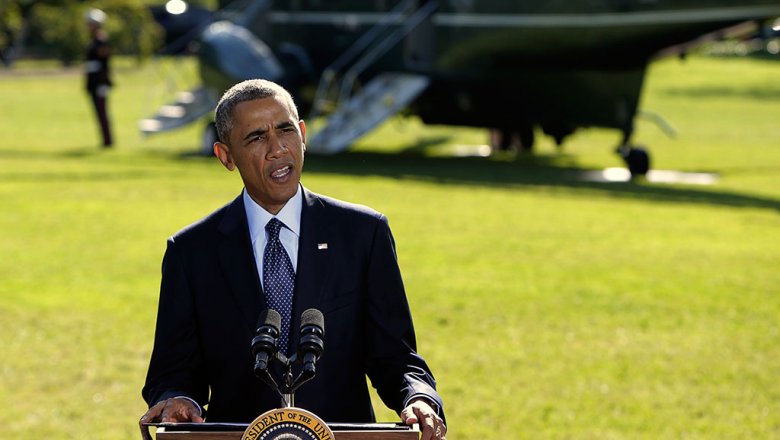 WASHINGTON, 7 Dec. /Offset. TASS Dmitry Kirsanov/. The mistakes made by the United States for military operations in Iraq aimed at overthrowing Saddam Hussein, became one of the reasons for the emergence of the terrorist group “Islamic state” (IG, is prohibited in Russia).

It is recognized by President Barack Obama, speaking on Tuesday on the basis of the U.S. air force MacDill in Florida with a speech which set out his approach to the problem of combating terrorism.

We refused to repeat some of the mistakes of the 2003 invasion, which initially contributed to the growth of the organization, which became known as ISIS.Barack Obamapresident USA

Also, the us President said that ISIS in the current against her military operations lost “more than half of its controlled territories.”

According to the American leader, remains under the control of the extremist organization in areas of Iraq and Syria, “the local population turns against her.” The backbone of the IG will be broken, promised the White house, without specifying how much time it might take to defeat this terrorist network.

Obama in his speech also acknowledged that the United States is unable to eliminate the radical Taliban or put an end to the stretching for decades of violence in Afghanistan.

“War is part of life in Afghanistan for the (now) more than 30 years. And the United States are unable to eliminate Taliban or put an end to the violence in this country. But what we can do is prevent (a terrorist group) al-Qaida safe havens (Afghanistan) and support Afghans who want to have a better future”, — said the American leader.

According to him, currently in Afghanistan remains less than 10 thousand American soldiers and officers.

They support approximately 320 thousand soldiers and officers of Afghan security forces, said the head of the Washington administration.

The drones should be safe for the civilian population

Obama said that the United States must be almost one hundred percent sure that there are no threats to the civilian population when using American strike unmanned aerial vehicles (UAVs) abroad.

Read Takumi learned about the crash in the center of the U.S. air force by combat drones

On the basis of MacDill is, in particular, the headquarters of the special operations Command (JUICE) of the Armed forces (AF) US.

According to the American leader, the authorities and the armed forces of the United States must be “near certainty” that the use of UAVs in the framework of antiterroristicheskoy operations in other countries does not translate into casualties among civilians.

Is unacceptable, Obama said, to alienate the population abroad in the global anti-terrorist campaign, causing incorrect strikes from UAVs (drones), the result of which killed civilians.