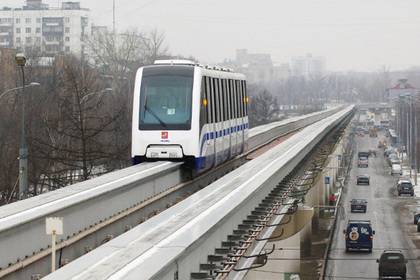 From 2017, the monorail trains will go at intervals of 15 minutes during rush hour and at intervals of 20-25 minutes the rest of the time, it said on Thursday, December 8, the TV channel “360”.

According to head of Moscow metro Dmitry Pegova, monorail “in fact will work in tour mode”.

The Agency urban news “Moscow” also notes that on the monorail possible excursions. “Excursions to the ICC and the draft of the city at night, the subway has attracted great interest. We did not expect. In terms of monorail also think how to make it attractive,” said Pegov.

Moscow monorail system was opened in 2004. It consists of a single line, located in the North-Eastern administrative district of Moscow. Originally the monorail was working in the tour mode range of motion was 30 minutes, and in 2008 moved in the transport mode.