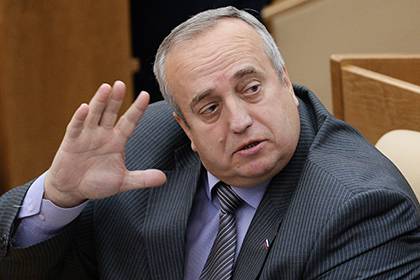 First Deputy Chairman of the Federation Council Committee on defense and security Frants Klintsevich considered exaggerated media reports that the militant group “dzhebhat an-Nusra” (banned in Russia) agreed to leave Aleppo. This is stated in the statement of the Senator, arrived in edition “Tapes.ru” on Thursday, December 8.

According to him, terrorists will not be able to adjust to civilian life, and most of them “nowhere to go”. “I think that the news about the request of the militants to evacuate them from Aleppo will not live long,” — said Klintsevich. He also believes that “without Stripping is still not enough”.

Earlier on Thursday it became known that fighters of “Dzhabhat EN-Nusra” fighting in Aleppo with the Syrian opposition against the government troops, asked for the evacuation.

The group of militants of the armed opposition withdrew from Central areas of the city open on specially for them the corridor.

The operation to liberate Eastern Aleppo from militants began 21 Nov. Government troops and the militia freed the quarter Masakin-Khan — one of the key points of the positions of militants in the city. In this area the government troops were confronted by members of the armed coalition “Jaish al-Fath” (also includes militants of “Jabhat EN-Nusra”).