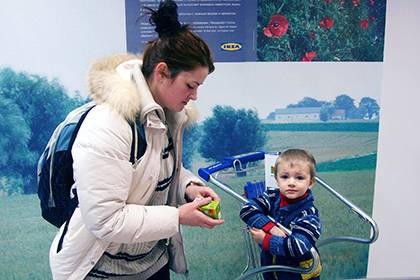 The Spanish arm of IKEA has said it is ready to change the plates in rooms of mother and child in their stores due to accusations of sexism. About it reports The Local.

Customer dissatisfaction was caused placed on the plate a stylized image of a woman changing a baby’s diaper. According to the shoppers, it precludes the participation of men in the care of a child.

“If I could change the diaper of his daughter? Or only a woman can do it?”, asked one Twitter user.

Another participant in the discussion of vozmutilas that the woman on the sign is depicted in a skirt. “Only in a skirt? True?” — she wondered.

The result of this discussion, the leadership of the Spanish IKEA decided to change the ill-fated signs and make them equally acceptable for mothers and fathers.