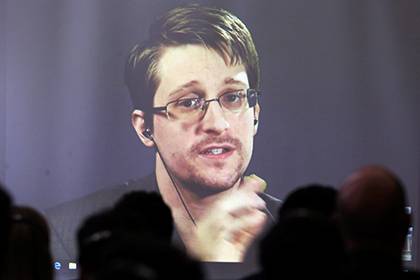 As follows from documents provided by Edward Snowden, British intelligence were spying on Israeli leaders and diplomats for decades. It is reported by Le Monde.

Under the hood of the British intelligence was the diplomatic mission of Israel in a number of countries, private firms engaged in arms production and research centers at universities. British authorities intercepted phone calls and e-mails of one of the deputies of the Israeli foreign Ministry, including his correspondence with the embassies in Kenya and Nigeria.

While the British security services continued to work closely with Israeli colleagues, helping them to carry out operations against Hamas in Israel that does not interfere with the leadership of MI6 to treat Israel as a “real threat to stability in the region, primarily due to its position on the Iranian nuclear dossier.”

Snowden, who worked in the organization-the CIA contractor and NSA, in 2013, gave journalists a number of secret documents about the activities of U.S. intelligence. In particular, they talked about doing a large-scale wiretapping of telephone conversations and monitor electronic communications of United States citizens and foreign leaders.

In the US, Snowden was charged with espionage. In case of return to his homeland he faces up to 30 years in prison. In 2014, Russian authorities granted him a three-year residence permit.