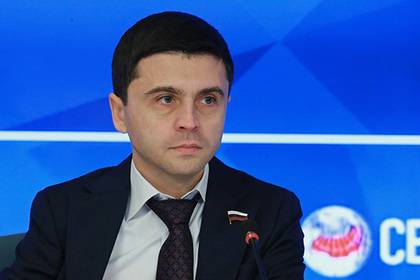 “The punitive operation in Donbass, the civil war, thousands of innocent civilians killed, the conscious theft of the European loans and the reluctance to develop its own economy, the total impoverishment of the people — that the actions of these tyrants, who engaged in the genocide of their own people,” said Balbec.

In his opinion, the beginning of the genocide should be considered as February 2014, when the country experienced violent change of power. He stressed that after the coup d’etat in Ukraine, held “the policy of extermination of dissent”.

Balbec also believes that the current Ukrainian government could condemn the population to hunger. In particular, the probability of this indicate poor economic performance, the politician said.

Earlier Wednesday, the Verkhovna Rada appealed to democratic countries with the request to recognize the famine of 1932-1933 in Ukraine as genocide of the Ukrainian people. The Parliament did not specify which countries they consider to be democratic.

On November 27 the President of Ukraine Petro Poroshenko said that Kiev will seek recognition by the international community of Holodomor 1932-1933 genocide against the Ukrainian people. Poroshenko also accused Russia of unwillingness to recognize the Holodomor and concealment of archival documents.