Observations of distant quasars have helped scientists confirm that the forces of electromagnetism and other physical phenomena “worked” 8 billion years ago as well as today. 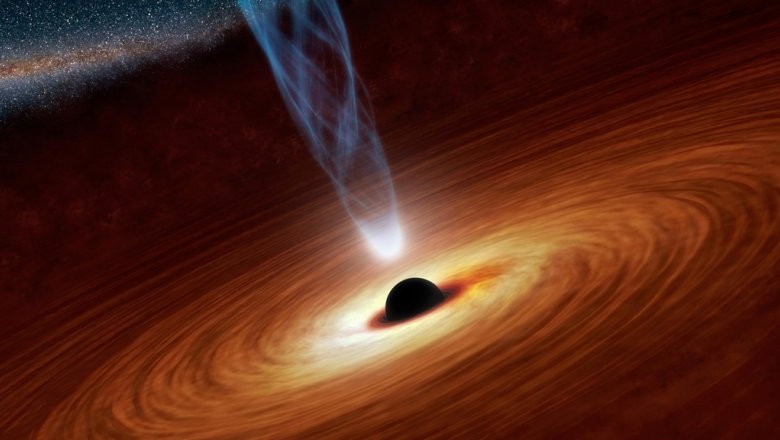 MOSCOW, December 6 — RIA Novosti. Observations of distant quasars have helped scientists confirm that the forces of electromagnetism and other physical phenomena “worked” 8 billion years ago as well as today, according to a paper published in the journal Monthly Notices of the Royal Astronomical Society.

Stephen Hawking has proposed a new description of black holes

“The standard model of physics is not complete — it cannot explain the values of fundamental constants or to predict how they depend on the properties of space and time. So we can check the constancy of the laws of physics only one way — by studying how they conduct themselves at different times and in different places”, — stated Robert Carswell (Robert Carswell) and his colleagues from the University of Cambridge (UK).

Today, scientists are actively debating about whether the laws of physics are always the same or they may differ from current principles of the Universe during the Big Bang and in the first era of life in the universe, when its boundaries expanded unexplained rapid fashion.

For example, removing the hard limit on the maximum speed of light, which Einstein said in 1905 that allows cosmologists to explain why the so-called relic radiation, the “echo” of the Big Bang, there are unusual “dark spots” and strong fluctuations, it is impossible in the framework of the standard notions of the unchanging forces of nature.

In space found a perfect sphere

There are other indications, for example, strange behavior regarding the ancient and recent supernovae of the first type that indicate that the expansion rate of the Universe, and administering her laws could change a few times.

According to the Carswell and his colleagues, these processes, if they actually occurred, and was not generated by errors in the operation of telescopes and scientific instruments, could not be greater than 8 billion years ago.

To such conclusion scientists came from watching a supermassive black hole at the center of a distant galaxy HE 0515-4414, located in the constellation of the Painter at the distance of about 8 billion light-years from Earth. This means that we see it in the same condition in which it was 8 billion years ago.

Its a black hole absorbs an unusual amount of matter, whereby HE 0515-4414, despite the large distance to this galaxy is the brightest quasar in the night sky of the southern hemisphere.

Karswell and his colleagues took advantage of this as the “star metropolis” to explore what properties have electromagnetic radiation in that era.

As the scientists explain, the manner of interaction of electromagnetic radiation with matter is determined by the so-called “fine structure constant” — a constant determining the force communications electromagnetic waves and elementary particles of matter. Now it is 137.035, however, in the past, as was shown by the observation of white dwarfs in 2013, it could be different.

The value of this constant, according to astrophysicists, is reflected in how far away from each other with certain dark lines in the spectrum of distant objects, including galactic nuclei. For its calculation it is necessary that the spectrum was particularly crisp and clear from interference, in the case of HE 0515-4414 was possible due to its high brightness.

As shown by such measurements, the values of the fine structure constant today, and 8 billion years ago was essentially the same — they differ, in the worst case, at 1.42 ppm, which is below the measurement error.

Accordingly, it is possible to say that the laws of physics were the same then and today.