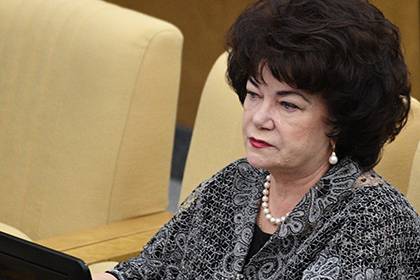 During consideration of the draft Federal budget for 2017 and 2018-2019 planning period of years, a number of deputies of the state Duma was indignant too long plenary session. On Wednesday, December 7, reports “Interfax”.

“We still have to come home and husbands to feed,” said the head of the Duma Committee on family, women and children, Tamara Pletneva. However, she suggested that men parliamentarians “home feed” their spouses.

In turn, the MP Vera Ganza drew attention to the poor lighting and lack of fresh air in the room.

In response to expressed dissatisfaction with the Vice-speaker of the state Duma Sergey Neverov pointed out that the deputies “entrusted to work here” their voters. “If anyone hard and heavy — there is a normal decision: give up the mandate and go to where easily,” he said. He was supported by the President of the chamber Vyacheslav Volodin. According to him, “Neverov 16 years in the mine he worked for, he has nothing to compare”.

The Duma plenary session usually lasts until 18:00, but due to the consideration of the draft Federal budget in the second reading on 7 December, it was decided to extend the work of at least 20:00.

The state Duma of a new, seventh convocation has introduced a package of measures aimed at tightening discipline. So, was introduced fines for members for absence at the plenary sessions without a valid reason. In addition, MPs forbidden to vote by proxy.