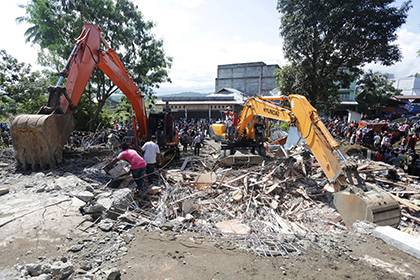 The Russian foreign Ministry said that Russians among the dead and injured in the earthquake in Indonesia, reports the national news service (NSN) on Wednesday, December 7.

She refers to the press attache of the Russian Embassy in Indonesia Nikolay Karapetyan. In conversation with NSN he explained: “According to preliminary information, the victims among Russian citizens is not available.”

At the moment there are about 54 dead, most of which occur in the County of Pitija in Aceh, located in the vicinity of the epicenter. More than 70 people were seriously injured.