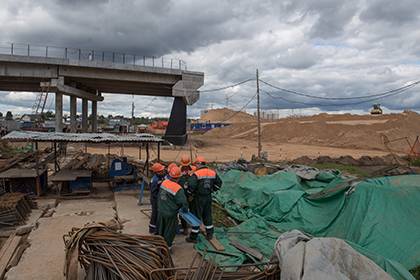 The first place of the Central ring road (TsKAD) in Moscow suburbs it is planned to put into operation at the end of next year. On Wednesday, December 7, Minister of investment and innovation region Denis Butsaev, the TV channel “360”.

“All parts of this highway are currently in the active stage of construction”, — said Butsaev on a road show in Moscow region in Stuttgart, Germany. In the event the capital region presents its investment potential on the example of the light rail system, wholesale distribution centers and the recycling of household waste.

In September 2016, the TV channel “Moscow 24” reported that the Central ring is installed intelligent transport system, which will warn drivers about free Parking lots, sleet, traffic jams and accidents.

The Central ring road will pass within 50 km from MKAD and virtually duplicate the Small concrete ring. The length of the new track will be 320 kilometres. The road plans to start operation by 2025.