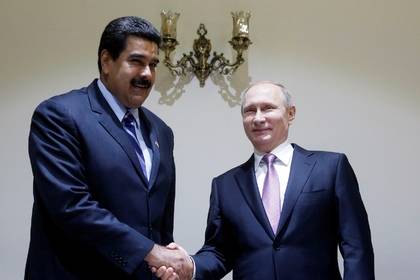 Russian President Vladimir Putin and Venezuelan President Nicolas Maduro held a telephone conversation at the initiative of the Venezuelan party, reported on the Kremlin website.

During the conversation heads of States discussed topical issues of development of bilateral strategic cooperation, including the implementation of joint projects in trade-economic, energy and other fields.

The leaders also exchanged views on the situation on the world oil market in the context agreed in the framework of the OPEC agreement to reduce production levels and scheduled for December 10 in Vienna the meeting of Ministers of OPEC and other leading oil-producing States.

30 November OPEC for the first time in eight years decided to cut oil production. From 1 January 2017, the cartel members will reduce average daily production by 1,164 million barrels per day to 32.5 million.

On the same day, Russian energy Minister Alexander Novak told the OPEC that Russia is ready to cut production by 300 thousand barrels of oil per day, which is about 15 million tons per year. As reported by Bloomberg, this is the promise saved the agreement of the cartel, which hung in the balance.