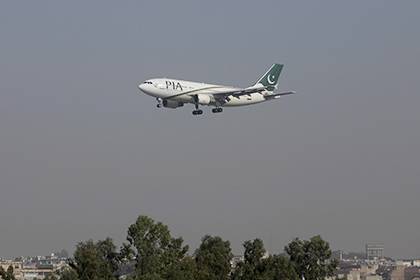 In Pakistan on the radar screen disappeared, the plane with passengers on Board. About this newspaper The Dawn on Wednesday, December 7.

According to the newspaper, the ship is owned Pakistan International Airlines. He was followed by a domestic flight PK-661 Chitral — Islamabad. The plane flew out of Chitral at 13:30 GMT, had to land in the Pakistani capital in 14:40 GMT. On Board were 47 passengers.

The publication quotes eyewitnesses who reported the fall of the liner in the area of Havelian. In place of the alleged CHP deployed army units and helicopters.

Chitral is a city in the Northern province of Pakistan Khyber Pakhtunkhwa, it is not far from the border with Afghanistan.