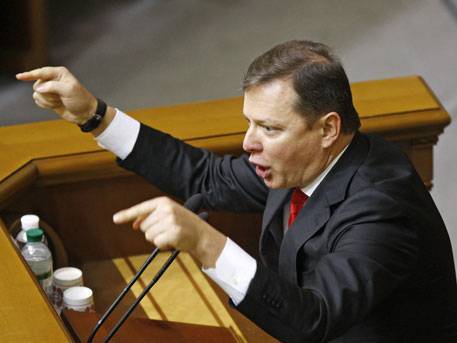 In Parliament there was a bill recognizing the Law of Ukraine “On accession of Ukraine to the Treaty on the nonproliferation of nuclear weapons of 1 July 1968″ and the restoration of the rights of Ukraine’s nuclear weapons,” invalid and inoperative, it is reported on the website of the Parliament. It is noted that the author of the initiative was made by MP Oleg Lyashko.

Earlier, the Kiev part of politicians, frustrated by the failure of European and American counterparts to offer more financial and military aid, talking about the Budapest Memorandum, the essence of which boils down to the fact that Ukraine refused from nuclear weapons in exchange for security guarantees from major world powers. In this edition clarifies that the initiative Lyashko probably will not gain the necessary number of votes.