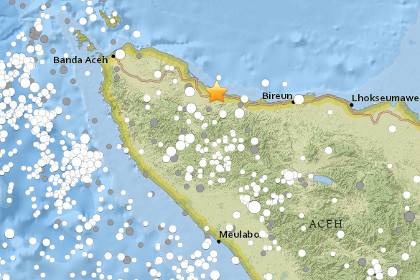 The area of the incident

The earthquake that occurred in Indonesia on the morning of Wednesday, December 7, killing at least 18 people, reports the portal Detik.com.

The first information about the victims came from the County of Pitija in Aceh. According to authorities, the victims of the tremors began at least 18 people, rescue efforts continue.

Some buildings collapsed under the rubble can be people. At the emergency sent rescuers with heavy machinery.