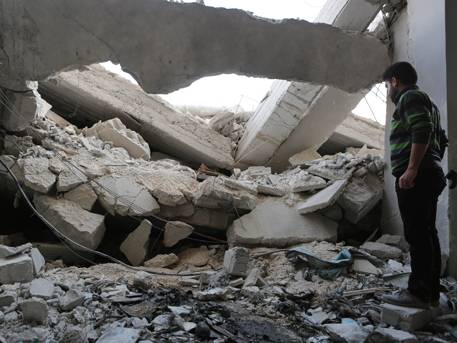 In days in Syria were 36 attacks by armed groups in the provinces of Aleppo, Damascus and Quneitra. This was reported in the Bulletin of the Russian Center for reconciliation of the warring parties in Syria, posted on the website of the defense Ministry.

“In the province of Aleppo the armed formation of “Ahrar al-sham” have fired from mortars quarter El Salihine in the city of Aleppo. Armed groups of the “Free Syrian army” fired at the quarter Hayy-Sayf-al-Dawla in Aleppo”, – reported in the Bulletin.

Damascus province has been fired 16 times. Aleppo under fire 19 times, and El Conara was attacked once. The province of Aleppo was fired from jet systems of volley fire, mortars, antitank grenade launchers and small arms.