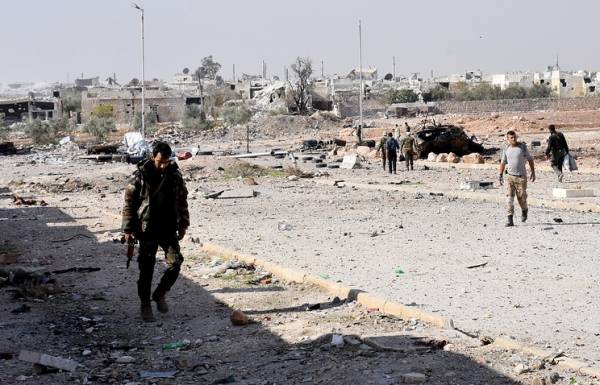 DAMASCUS, December 7. /TASS/. About three thousand insurgents in Syria within days joined the ceasefire and voluntarily handed over their weapons. Together with their families on 52 buses they left the city of Khan al-Sheikh in the suburbs of Damascus, in Idlib province, reports from the scene the correspondent of TASS.

“After long and painful negotiations, agreement was reached on the accession of the insurgents to cease hostilities. The negotiations were very intense, and it took a lot of mental effort”, – said the representative of the Centre for reconciliation in Syria Colonel Alexei Leshenko.