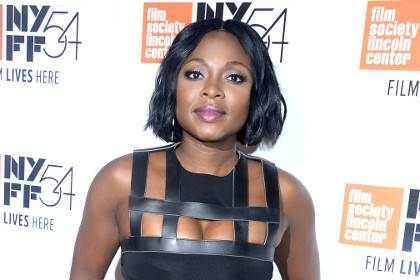 In the United States court handed down a guilty verdict to a resident of the Bahamas who hacked the email accounts of more than hundreds of cultural figures, including actress Naturi Nauton. About it reports Reuters.

Alonzo Knowles, who managed to get letters 130 celebrities and their numbers, were sentenced by the district court in Manhattan to five years imprisonment. In may, he pleaded guilty to charges of copyright infringement with the use of criminal activities and identity theft.

According to prosecutors, Knowles received access to the accounts of Actresses, musicians and other creative workers by sending them computer viruses or forged e-mail notification that their mailbox hacked, and you need to enter a password.

Who exactly was the victim of Knowles, not reported. It is known only that among them actress and singer-songwriter songs Nature Newton.

The investigation began in December last year after one of the radio host received an unexpected offer to purchase the scripts of the upcoming season teledrama. After that, the host got in touch with the Executive producer of the show.

In the course of the video, Knowles told the employee of the Ministry of internal security of the United States plays the role of a potential buyer that it has “exclusive content” for hundreds of thousands of dollars. Knowles 21 Dec 2015 flew to new York to try to sell to agent scripts, and personal information for 80 thousand dollars, after which he was arrested.