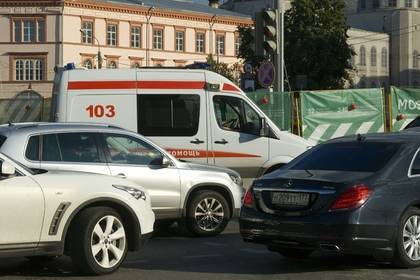 The car for emergencies and ambulance it is necessary to allow the RAM incorrectly parked cars to call for the courts. How to write on Tuesday, December 6, “Izvestia”, with this initiative we intend to address members of Public chamber (OP) on December 7 at the hearing on this issue.

Deputy Chairman of Commission OP on security, leader of the public movement “the stop boor” Dmitry Chugunov said the publication, which often arrived on-call operational services are unable to get to the right address because of randomly parked cars in emergency situations fraught with death.

“Car emergency and ambulance must be able to pass freely into the courts, including ramming the cars parked with violations and impede passage,” said Irons, adding that the damage in such situations should cover insurance companies, and ultimately the owners blocked the passage of vehicles.

Following discussions with the members of OP, MPs and representatives of firms-insurers in the state Duma will be sent to the resolution proposal to exempt drivers of emergency services from liability for damage to illegally parked cars.