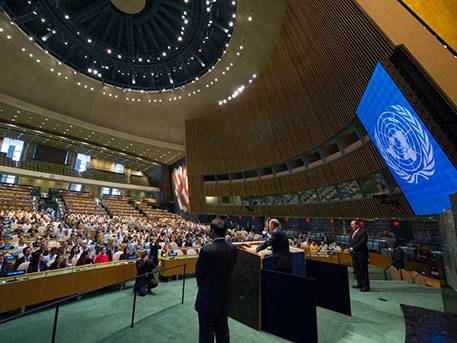 Russia, China and Venezuela blocked a UN security Council draft resolution on the humanitarian situation in Aleppo, Syria. It is reported RIA Novosti with reference to the results of the vote.

The vote passed at a meeting on the issue Monday, 5 December. Supported the resolution, 11 members of the Board. Because of the three votes against the document imposed a veto.

The document called for a cease-fire in Aleppo for the initial ten days, including attacks on positions of the banned terrorist groups “EN-Nusra” and the Islamic state. It was sponsored by Egypt, Spain and New Zealand.

Earlier, Russia’s permanent representative to the UN Vitaly Churkin said that the vote should be postponed until the negotiations between the experts of Russia and the United States. The meeting was planned by the heads of depodesta of the two countries Sergey Lavrov and John Kerry, but the project was put up for a vote before the expert meeting.