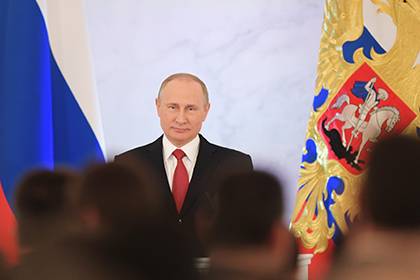 Russian President Vladimir Putin instructed the government to develop a bill on adaptation of migrants. The relevant order he made at a meeting of the Council for interethnic relations, reported on the Kremlin website.

The bill would establish a “legal, institutional and economic framework for social and cultural adaptation of foreign citizens in the Russian Federation”, — stated on the website. The document must be prepared before September 1 of the following year.

The Cabinet also needs to choose the Agency that will deal with the adaptation of foreigners. In addition, he has been given until the end of the year to finish the programme on national policies.

The administration of President until March of next year should consider carrying out year of unity of the Russian nation. Russian Academy of Sciences (RAS), in turn, is mandated to consider the establishment of a “scientific Council on interethnic relations”.

On 3 November the state Duma Committee on nationalities began to develop the concept of the law on the Russian nation with the participation of experts. It was noted that the document may be developed and adopted within one year.

In late October, Putin at the meeting of the Council for interethnic relations has supported the idea of creation of the law of the Russian nation, the proposed chair of the Department of the Russian Academy of national economy and public administration Vyacheslav Mikhailov. The head of state said that the basis for the document can be a strategy for the development of national relations in Russia.