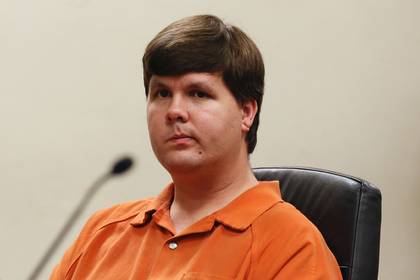 American Justin Ross Harris (Justin Ross Harris) was found guilty of the murder of his almost two year old son Cooper, whom he left in the car. As reported on Monday, December 5, CNN, a verdict was passed by judge of the Supreme court of Cobb County (Georgia, USA) Mary Steli Clark.

The incident occurred on 18 June 2014. 36-the summer inhabitant of suburb of Atlanta put on their 22-month-old boy in the back seat of the Hyundai Tucson and went first to Breakfast, then to work, where he stayed for the whole day. Cooper about seven hours spent in the car, which gradually strongly heated up under the sun, that was the cause of his death.

Approximately at 16:00 Harris went to the movie theater and noticed that the baby is still in the car. The man pulled his body out of the SUV, according to witnesses, he seemed upset and cried.

The prosecution argued that the man had locked son in the car intentionally, to save yourself from taking care of the baby. The defense insisted that the boy’s death was a tragic accident caused by a confluence of circumstances and announced his intention to appeal.

Harris was sentenced to life imprisonment without parole. In addition, he received a total of 32 years on four charges: 20 years for a special cruelty to children, two years for dissemination of prohibited materials by minors, and 10 years for sexual abuse of children. The investigation proved that the day when his son died, the man led an intimate correspondence with six women, including two girls.

During the trial it was also revealed that the accused had committed sexual acts in public places and enjoyed the services of prostitutes. For his wife, friends and colleagues, this information was a complete surprise — Harris had a reputation as a loving husband and father.

June 21, 33-year-old resident of Dallas, Texas, USA, Michael Tedford, slept a few hours left in the car his six-month daughter bringing it overheated and lost consciousness. To bring the girl to life, the man put it in the fridge, but soon the child died. The father was accused of murder.