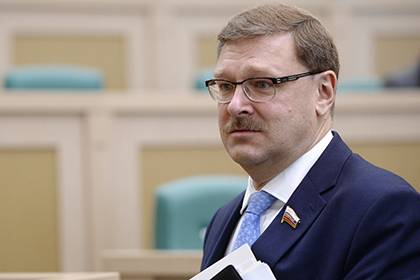 After the election Shavkat Mirziyoev the President of Uzbekistan may increase cooperation with Russia in the field of security. On Monday, December 5, the head of the international Committee of the Federation Council Konstantin Kosachev wrote on his page in Facebook.

“It is possible to further rapprochement with Russia in the security sphere, which confirms the recently signed agreement on military-technical cooperation with our country”, — said the Senator.

According to him, most likely, the interaction between the two countries will strengthen the CSTO. “In addition, there are objective prerequisites and requirements”, — said the head of the international Committee.

Kosachev also believes that the new government will continue the foreign policy of ex-President Islam Karimov, in particular, this applies to the principle of “equidistance from the various centers of power.”

Early presidential elections in Uzbekistan held on December 4. The need for a vote arose in connection with the death of 78-year-old President Islam Karimov, who died September 2 after a stroke.