Exit polls: the Italians voted against the constitutional reform

ROME, 5 Dec — RIA Novosti, Natalia Shmakov. In the referendum on the constitutional reform in Italy wins the answer is “no”, which was voted from 54,0% to 58.0% of voters, according to the exit polls at 23.00 (01.00 GMT), prepared for the TV channel RaiNews24 two research institutes, IPR Marketing and Instituto Piepoli. 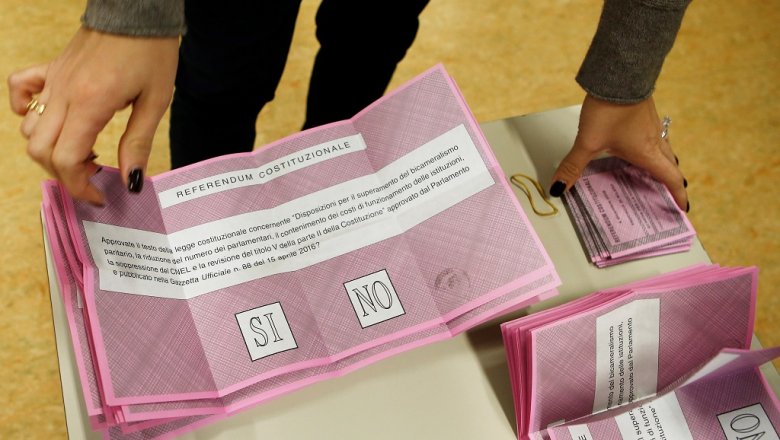 According to other exit polls, prepared for the TV company Mediaset and La7 TV channel, the supporters of the reform was 41-45% of the vote, and opponents of 55-59%.

Held a vote in the Apennines is regarded as the future of the incumbent Prime Minister Matteo Renzi. According to sources in the government Palace Chigi, the Prime Minister may be around midnight (02.00 GMT) in the referendum.