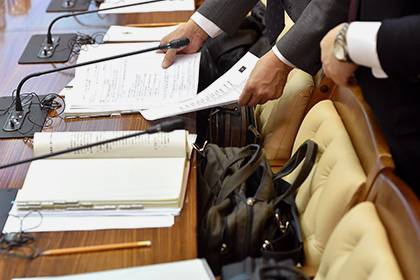 Fifteen employees of the city administration Bryansk region Klintsy punished for providing false information in income declarations. On Tuesday, December 6, reported on the website of the regional Prosecutor’s office.

The two leaders dismissed in connection with loss of trust, the others took administrative responsibility, is told in the Department message. What kind of punishment is not specified.

Civil servants covered up the number of personal Bank accounts, and also withheld information about the purchased and sold apartments and cars. In addition, officials did not include in the Declaration information on the compensation for lost housing in the Chernobyl zone.

On 24 may, the KPRF deputies have prepared a bill requiring high-ranking civil servants and deputies of both chambers of the Federal Assembly to declare income and property of the former spouses within five years after the divorce.

Officials and parliamentarians are obliged to declare information about their income, assets and major expenditures in 2013.