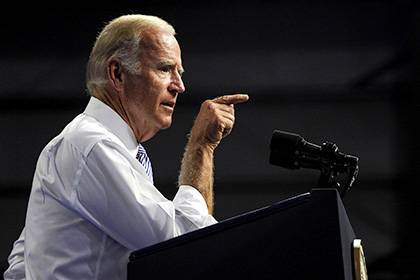 Vice-President Joe Biden expressed readiness to take part in the next presidential elections in the country in 2020. About it reports Fox News.

“Yeah, I’m going to participate again in this. I can’t do nothing. I learned that fate had a strange way interfere with [my] life,” Biden said, answering a question whether his statement is a joke.

Biden — 74-year-old American politician, three times in his career participated in or expressed the desire to participate in presidential elections (in 1988, 2004 and 2008). In 1973 he became a Senator from the state of Delaware at the age of 30 years — the minimum possible for his election. A year later, the editors of Time magazine included him among the “200 faces of the future that will make history”.

Biden advocated the bombing of the former Yugoslavia, supported the US military intervention in Iraq, after the Georgian-South Ossetian conflict Georgia promised financial assistance in the amount of $ 1 billion. He also actively supported the sanctions against Russia imposed over the Ukraine crisis.