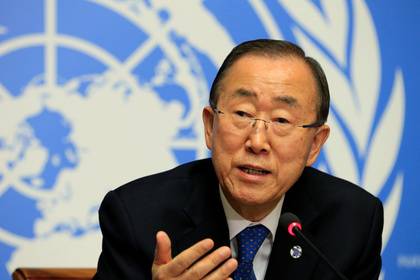 “The Secretary-General condemns the attack on the Russian mobile field hospital in Western Aleppo, which was reportedly made yesterday,” he said.

Ban Ki-moon said that civilians and civilian infrastructure, including medical facilities and personnel must be protected in accordance with international humanitarian law.

According to him, deliberate attacks on them constitute war crimes.

December 5, Russian defense Ministry reported the deaths of two Russian nurses and the pediatrician wounded in the shelling of the hospital by militants. The shelling occurred during the reception of the locals. The U.S. state Department stated that condemn attacks on any medical facility, but I don’t see objective evidence of fire.