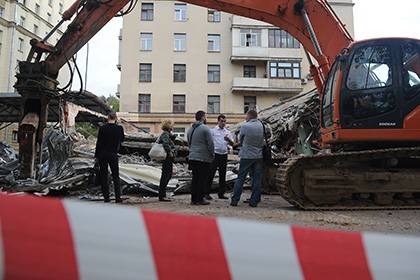 In Moscow on the afternoon of Monday, 5 December, launched the third wave of demolition of illegal buildings, the TV channel “360”.

The day will be eliminated four buildings whose owners refused to voluntarily dismantle them. Buildings located on the street Krasnoprudnaya, Marshal Zhukov Avenue, street of 26 Baku Commissars, another object located in the North-East.

Just a third wave of demolition will eliminate 43 buildings. With 39 buildings, the owners agreed to eliminate yourself. They will receive compensation in the amount of from 51 to 55 thousand rubles per square meter.

In Moscow the liquidation of business objects recognized by the squatter began in February. The decision on the elimination of 104 buildings constructed without a permit or in violation of town planning rules was adopted Moscow government in December 2015. The list includes trading rows at stations “Chistye Prudy”, “Kropotkin” and “Arbat”, the round pavilion near “Sukharevskaya”, shopping center “Pyramid” on Pushkin and other buildings, built in the 90-ies.