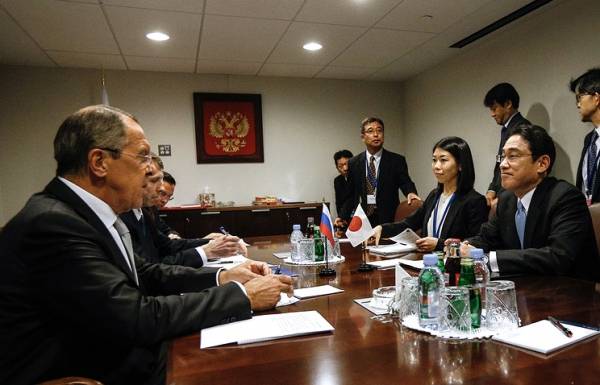 MOSCOW, December 3. /TASS/. The foreign Ministers of Japan and Russia – Sergey Lavrov and Fumio Kishida will hold Saturday talks in Moscow. The meeting will be the final stage in the preparation of the official visit of Russian President Vladimir Putin to Japan on 14-15 Dec. In the extensive agenda of the Ministerial meeting also highlights the issue of concluding a peace Treaty and a joint bilateral projects.