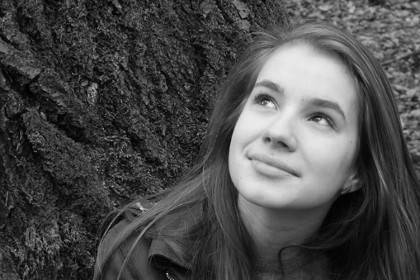 Arrested in Germany to claim asylum, a young man from Afghanistan, he is accused of the rape and murder of 19-year-old daughter of a senior official of the European Commission. About this newspaper The Daily Mail.

Trained to be a medic student Maria Ladenburger, in his spare time worked as a volunteer in a shelter for refugees, was found October 16 in the University town of Freiburg near the border with Switzerland. After the rape the victim drowned in the river.

On the spot, in the bushes of BlackBerry, was discovered a strand of dark hair, partially painted in a light color. The analysis of DNA and comparison with the database of results has not brought. However, three weeks later, in footage of a local tram by a surveillance camera, found the young man with “very visible” hair — long-haired, partially painted under the blonde. The Afghan was arrested on Friday, December 2, and a DNA test indicated his involvement in the offense. According to police, the suspect confessed to the murder. The court held in 2017.

The investigation found that the night Mary left the party and headed, as usual, to go home, but on the way she was attacked. It is unclear whether there was familiar with the victim and the killer prior to the incident.

The police are currently trying to establish whether engaged in Afghan to the death of another young woman in the same area. 27-year-old Caroline was raped and murdered in early November while Jogging in the Ending theme, just 18 kilometers from Freiburg.

According to the publication, father of the murdered girl, D. Clemens Ladenburger works as an assistant Director of the legal Department of the European Commission.

In 2015 arrived in Germany, more than 1.1 million migrants from North Africa and the Middle East. Over 17 thousand asylum seekers in 2016, has sued the German government. The reason for such a large number of claims was the refusal of Germany to grant migrants full refugee status.