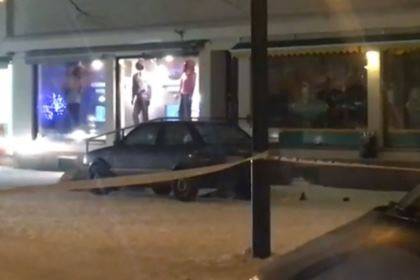 Victims of the arrow in the Finnish Imatra, located near the border with Russia, became Chairman of the city Council and two local journalist. About it reports on Sunday, 4 December, broadcasting company Yle, citing police officials.

As noted, law enforcement is denying any unverified information about the motives of the crime, since they were still unknown. According to the correspondent of the TV channel, the women came out of the restaurant when they were shot.

Earlier it was reported that the incident occurred on Sunday night near one of the restaurants in the city. The suspect in the crime was arrested on the spot. It was the 23-year-old man, he surrendered without resistance. For committing the crimes he used a rifle.

The population of Imatra is about 30 thousand inhabitants. Seven kilometers from the city is the Russian Svetogorsk.