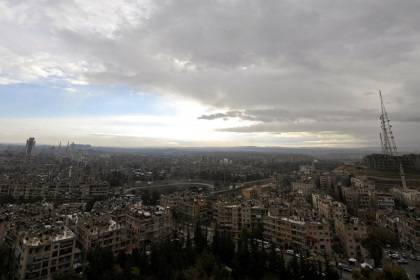 Militants shot down aircraft of the Syrian air force over the Eastern part of Aleppo. About it reports on Saturday, December 3, the TV channel Al Mayadeen.

According to him, the plane crashed near the city’s airport. The crew of the aircraft were killed.

As reports “Interfax” citing a Syrian military source, was shot down by combat training aircraft L-39. It was serially produced by the Czech firm Aero Vodochody to 1999.

The operation to liberate Eastern Aleppo from militants began 21 Nov. Government troops and the militia freed the quarter Masakin-Khan — one of the key points of the positions of militants in the city. In this area the government troops were confronted by members of the armed coalition “Jaish al-Fath” (also includes militants of the banned terrorist organization “Dzhabhat EN-Nusra”).

In early September, the militants of the insurgent group “Jaish al-Issa” was shot down near the town of Khattab in Hama province, the Syrian air force helicopter with anti-tank missile system (ATGM) BGM-71 TOW American production. Killing two people.