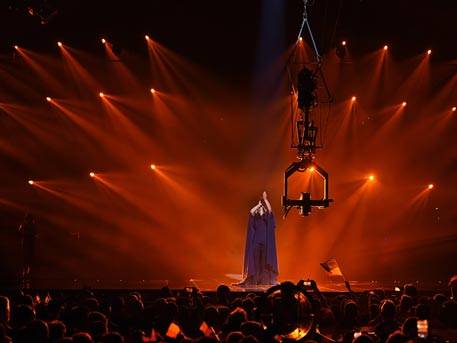 According to German tabloid Bild, the organizing Committee of the Eurovision song contest is holding talks about a possible transfer music competition in 2017 in Russia. Excerpts from the article quoted by RIA Novosti.

As reason why the administration of the Eurovision start the search for a new venue, called the fact that Kiev still has not provided financial guarantees. Failed to convince the organizers of the competition and previously adopted by the Verkhovna Rada law on the direction of additional financial resources to host Eurovision.

According to experts, the event will require about 25 million euros, but this amount is unaffordable for the budget of Ukraine, emphasizes the publication.

In turn, Ukraine’s leadership assures that funding sources have already been found and details will be provided to the leadership of the European broadcasting Union.

Deputy of the Verkhovna Rada Hanna Hopko stressed that the transfer of the Eurovision song contest in another country would be a disaster for Ukraine, as the authorities of the state are considering the contest as a “great chance” for the economy.

Tabloid while paying attention that the fact of negotiations does not mean the transfer of activities to another country.

Ukraine won the right to host Eurovision after the victory of the Ukrainian singer Jamala at the contest in Stockholm.