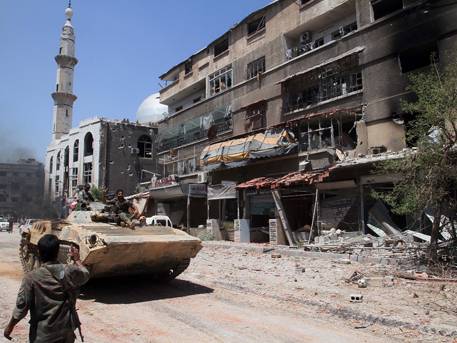 In Aleppo, Syria killed the commander of the combined forces of gangs Abdel Rahman Nur. It is reported TASS with reference to the channel District. According to the representative of military information services at the operational headquarters of government forces, Rahman Nur has been eliminated during the operation of the Syrian army.

Abdul Rahman Noor was a leader of the so-called army of Aleppo – a coalition of armed groups composed of terrorists “Dzhebhat Fath al-sham” (the former banned in Russia grouping “dzhebhat an-Nusra”).

It is noted that now the terrorists retreated deep into the Eastern neighborhoods of Aleppo, and fighting under the overall command.

Currently, the city is a humanitarian operation that do not stop the regular attacks of the militants. Blocked by terrorists districts of Aleppo left several thousand civilians. Almost half of the evacuees were children.