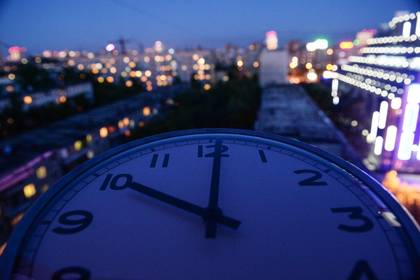 Saratov oblast Sunday, December 4, moved to a new time zone. Now the time difference with Moscow is plus one hour. About this TASS said the Chairman of the Public chamber of area Alexander Lando.

According to him, the decision to transfer the arrows on an hour forward was preceded by a long discussion. “There were a lot of opinions. However, about 70 percent of the residents voted for the measure. And today, the region moved to a new time zone +1 hour Moscow time,” — said Lando, stressing that this decision will help to extend daylight hours and will have a positive impact on the wellbeing and health of residents.

On 11 November the state Duma approved the bill about the transfer time in the Saratov region forward an hour. The document was adopted in the second and third final readings. Thus, the region is assigned to the third time zone.

In 2016, the time zone changed a number of regions. This is Novosibirsk, Tomsk, Magadan, Astrakhan, Ulyanovsk, Sakhalin region, Transbaikalia and Altai Krai and Altai Republic.

In 2014, Russia adopted a law on the return to winter time on an ongoing basis instead of permanent summer, as well as on the return of 11 time zones. The law abolishing the seasonal transition to summer / winter time was introduced in 2011 on the initiative of then President Dmitry Medvedev, then the country lived in summer time. It was also established nine time zones.