Roscosmos, acknowledged the loss of “Progress-МС04”

Fragments of the space truck “Progress-МС04” with which communication was lost earlier Thursday, probably burned in the sky over the Republic of Tuva, the statement of the Russian space Agency. 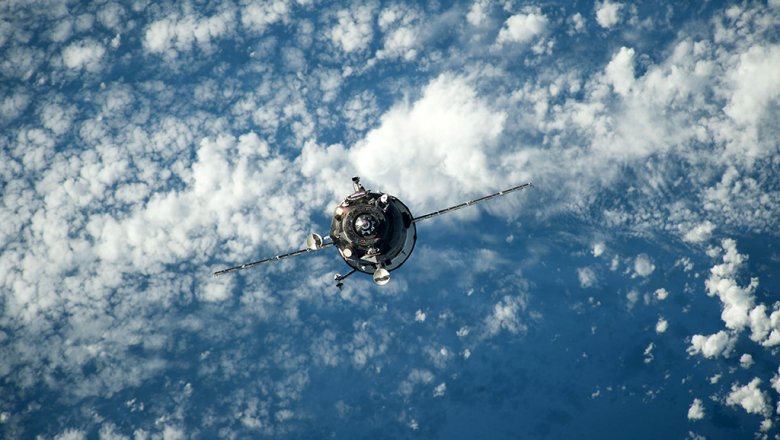 “According to preliminary information, in the result of emergency situations, the loss of THC occurred at the height of about 190 km over a remote unpopulated mountainous territory of the Republic of Tuva, and most of the fragments burned in the dense layers of the atmosphere”, — said in a statement.

“We inform you that today after the launch of the carrier rocket “Soyuz-U” with transport cargo vehicle “Progress MC-04” 383 th of a second lost telemetry. Currently the specialists of “Roscosmos” find out the situation”, — said the Agency.

Russian news agencies, citing sources in law enforcement bodies of Tuva, reported the flashes, which the witnesses saw in the area of the settlement. ishtii-Khem, and suggested that it could be the wreckage of “Progress”.

On Board the “Progress” was 2.5 tons of cargo, in particular, the propellant for refueling the ISS, water and air, laboratory equipment and accessories, containers with food, clothes, medicines and personal hygiene for crew members.

The vehicle docking with the ISS was scheduled for December 3, 2016.

“The loss of the cargo ship will not affect the normal operations of the ISS and the life of the station crew”, — reads the statement of the Russian space Agency.

“Progress МС04” was insured by the company “VTB Insurance”. The insurance coverage amounted to 1.3 billion rubles.

Spacecraft “Progress” are used to supply the Soviet, Russian and international space stations for almost 40 years.

They served the crews of the “Salyut-6”, “Salyut-7”, “Peace” and the International space station.

“Progress” proved to be very reliable machines — in the entire history of operation since the late 1970-ies of the last century, was lost only one, and the reason for his loss was the fault of the launch vehicle.

What happened on December 1 — not the first case of loss of communication with heading to the ISS truck “Progress”.

In may last year in the dense layers of the atmosphere over the Pacific ocean burned space truck “Progress M-27M”, launched at the end of April.

As has declared then the Russian space Agency, the spacecraft did not orbit due to incorrect operation of one of the stages of the rocket “Soyuz”.

The same reason the source of Interfax voiced this time, however, official confirmation of this information.

After undocking of the spacecraft from the rocket at MCC then also said that the earth is not receiving telemetry.

“The rocket “Soyuz” neovilla ship about 70 km, resulting in the ship “Progress” the first time was not due. The ship was waiting in one place, and he, being on the unplanned orbit, this point was in a different place, from-for what there was a break in the receipt of telemetric information”, — told then about the incident at MCC.

Insurance company “SOGAZ” and “Ingosstrah” has paid the Russian space Agency more then 1,936 billion (more than $ 30 million) and insurance compensation in connection with the death of the ship.