Putin told about the cancellation in Omsk, the rock Opera “Jesus Christ superstar”

Vladimir Medinsky said that the Ministry of culture has nothing to do with the banning of the show. 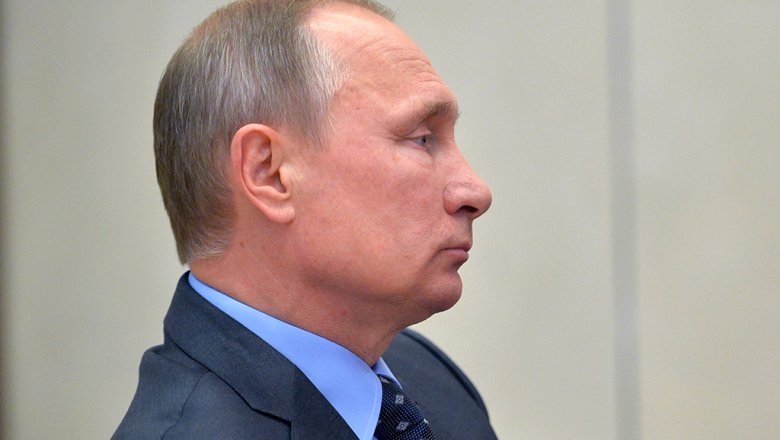 Medina said the lack of censorship in Russia

During the meeting of the Council under RF President on culture and art and the presidential Council on the Russian language, the artistic Director of the “State theatre of Nations” Yevgeny Mironov raised the issue regarding the ban of performances and exhibitions. In particular, he said that one of the last of such cases was a ban of the play “Jesus Christ superstar” in Omsk.

“This show is already about 30 or 40 years, he successfully goes in the world and is well under way in Moscow, for example, in the Mossovet theatre. Because we are afraid of a chain reaction, when it happens in small towns, it can quickly spread. And such actions can cause that sometimes get very stupid things,” — said the artistic Director of the theater.

According to Mironov, repeatedly and it came to the “well-wishers” who were advised to exclude from the repertoire of the theatre performance “Pushkin’s fairy Tales”.

The head of state asked, who is banned to be shown in the theater of Omsk of the play “Jesus Christ superstar”.

The Minister of culture assured that trying to understand the situation.

“I’m definitely not banned. The Minister of culture of Omsk — he is a former Director of the Omsk drama theater. It would never have occurred to ban. Now being investigated,” — said the Minister.

In turn, Mironov promised to prepare a list of violations that have occurred in recent years in relation to theatres and exhibitions.

Earlier it became known that the administration of the Omsk state musical theatre has canceled scheduled for November 1, staging of “Jesus Christ superstar” in St. Petersburg theatre “Rock Opera”. This decision was taken after the mayor addressed the activists of the public movement “Family, love, Fatherland”.

Meanwhile, the Moscow Patriarchate expressed his disagreement with members of the public, which in a number of regions called for a ban of the show of the rock Opera “Jesus Christ superstar”.

“The Church does not suppress creativity, blessing artists to inspire Evangelical subjects in his works,” — said the head of the Synodal Department for relations between the ROC society and the media Vladimir Legoyda, quoted on Tuesday by his press service.