“Progress” summed up the third stage of a Soyuz

Russian rocket failed to deliver a cargo ship to the ISS. 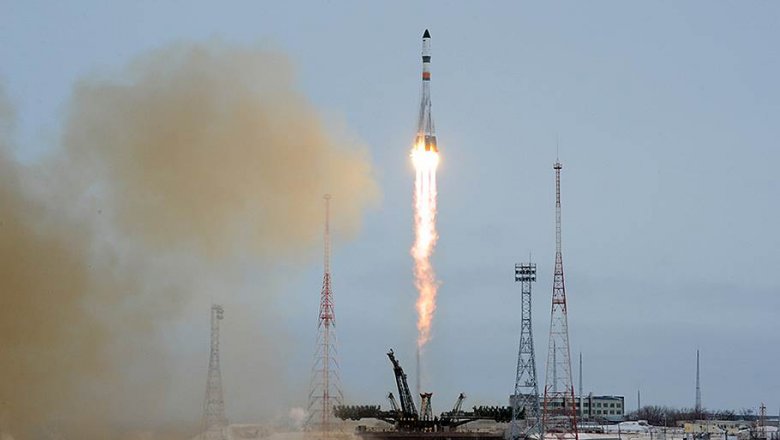 Yesterday, the carrier rocket “Soyuz-U” was unable to deliver to the International space station cargo ship “Progress-MS-04”. The flight was terminated at 382 seconds, after a while not burned in the atmosphere fragments fell in Tuva. “Roskosmos” and NASA claim that the life of crew loss of vehicle is not affected. The cause of the accident has yet to establish a special Commission. According to “Kommersant”, the reason for the accident could be the premature opening of the combustion chamber of the engine of the third stage RD-0110.

spaceship “Progress” has burnt down almost immediately after the start

Start “Union” from the 31st launch pad of the Baikonur cosmodrome occurred at 17:51 Moscow time. Specialists of the Moscow Mission control was hoping to take “Progress-MS-04” control immediately after separation from the third stage of the rocket. Initially, everything went normally, but on the seventh minute of the flight the reception of the telemetry data stopped.

Professionals to the last hoped that the failure is transient and nothing critical happens. This hope did not materialize, and soon the accident was confirmed by means of space control. According to preliminary information, an emergency situation occurred on the 382-th second of the flight at an altitude of about 190 km above the Tuva, a large part of the wreckage of the rocket and burned in the dense layers of the atmosphere.

“The loss of the cargo ship will not affect the normal operations of the ISS and the life of the station crew”, — assured in the Corporation and confirmed by NASA.

Hot on the trail going the state Commission headed by the first Deputy Director of Roscosmos Alexander Ivanov, which will determine the cause of the incident. The main issues, according to a source””, close to “Roscosmos” will be associated with the engine of the third stage of “Soyuz-U” RD-0110 (manufactured by Voronezh KB Khimavtomatika). News agencies yesterday cited the Parallels with the crash of “Soyuz-U”, which occurred in 2011: its cause, then as the Commission found, was the blockage of the RD-0110 (in his fuel system got the metal shavings).

However, the interlocutor “” says that yesterday the loss of telemetry occurred simultaneously, and suggests that the reason could be the premature opening of the combustion chamber of the engine of the third stage: “Perhaps there was burnout weld”. From more detailed comments of the respondents “Kommersant” officials and industry experts yesterday refused, citing a lack of information.

Booster middle class “Soyuz-U” from the moment of commissioning in 1973, is a leader in the number of launches (over 800) and reliability (about 97%).

It was used for military purposes (17 may 2012 from the Plesetsk cosmodrome launched a unit photo-reconnaissance “Cobalt”), and for the delivery of goods (vehicles, series “Progress-M” and “Progress-MS”). In February 2017, Roskosmos planned to complete the operation of “Soyuz-U” running from the past made rockets into space, but now it additionally check. According to sources, “b”, if this is a defect made at the production, will be a question on the disciplinary responsibility of members of the KB Khimavtomatika. It is not excluded and questions to the manufacturer of the missiles — space-rocket center “Progress”.

The engine RD-0110 is a staff writer for several products of the family “Union”: in the “Soyuz-2.1 a”, which is used to launch military spacecraft from the Plesetsk cosmodrome and send manned crews to the ISS from Baikonur, and in the “Soyuz-ST”, which the European space Agency operates at the Kourou spaceport in French Guiana. While the Commission did not understand the causes of the incident and give recommendations, triggers will not.