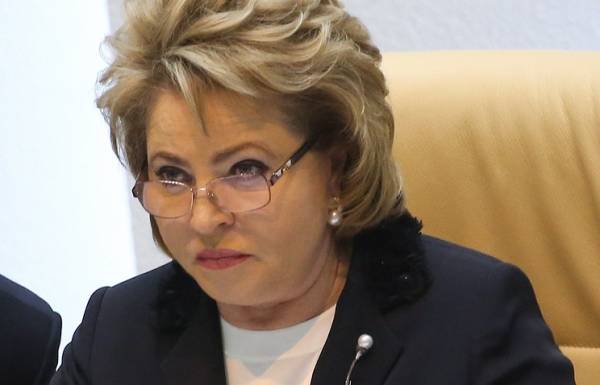 MOSCOW, December 3. /TASS/. Win Donald trump on the US presidential election demonstrates the desire of the American people to change Washington’s approach to world order. This opinion was expressed by the speaker of the Federation Council Valentina Matviyenko in the program “Vesti on Saturday with Sergei Brilev” on TV channel “Russia 1”.

“Indeed, international relations and world order require fundamental changes. And talking about it is not only politicians, statesmen and businessmen, but also people of their vote says that we can no longer live”, she said.

Earlier, the head of the Federation Council also has expressed hope to improve relations Russia and the USA after coming to the White house the new American administration.

“We hope that with the arrival of a new President, at least judging by his pre-election words, we have the opportunity to restore normal cooperation,” she said at the meeting with the President of the National peace Foundation USA Sarah harder, adding that constructive engagement is “extremely important for Russia and America.”

Presidential elections were held in the US on 8 November. Trump has received more than 270 votes of so-called electors, which guaranteed him victory in the fight against the Democratic candidate Hillary Clinton.