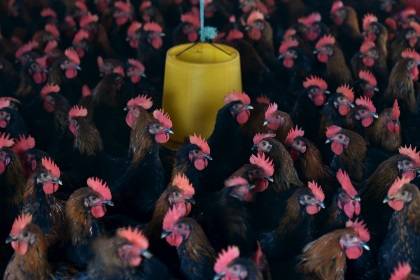 In the Japanese Niigata Prefecture was destroyed 540 thousand chickens due to outbreaks of avian influenza. About it reports on Sunday, December 4, the Agency Kyodo.

According to him, the lesions were observed on two farms in the area. Moreover, the flu struck birds in the Northern Prefecture of Aomori. In connection with threat of distribution of a virus, scored 18 thousand ducks.

Outbreak of avian influenza has forced local authorities to restrict the transport of chickens and eggs within a radius of 10 kilometers from each farm. At the same time, the Agency reports that four farms in the province Sekikawa and two in Joetsu, have now resumed the shipment of eggs and other products after completing the required inspections.

In regions of the virus were sent to the soldiers of the national defense Forces which participated in the slaughter of poultry in special protective suits, reports TASS. “The troops will make every effort to prevent the spread of the virus,” said Japan’s defense Minister Tomomi Inada.

The virus-affected area is located more than 60 farms. Prime Minister Shinzo Abe ordered a quarantine to prevent further spread of the disease in poultry.

2 December it was reported that France extended the ban on the export of foie Gras due to bird flu. As noted, the H5N8 virus was discovered on one of the duck farms in the town of Almerac not far from Toulouse.

Bird flu was first described by the Italian veterinarian Eduardo Perroncito in 1878 under the name of “chicken fever”. The disease spreads among birds, is transmitted from birds to humans. There are various strains of avian flu.