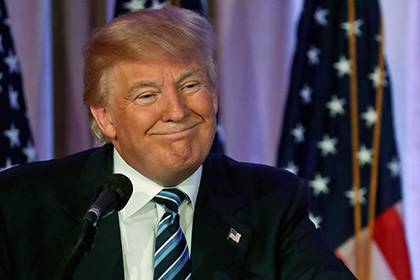 The US President-elect Donald trump called the Philippine leader Rodrigo Duterte to visit. This became known after a telephone conversation, the contents of which adviser told Duterte. Details on Friday, December 2, Reuters reports.

As noted, the conversation lasted seven minutes and was “very enthusiastic and exciting”. Duterte also invited future American leader to come to Manila in 2017, when the Philippines will chair the Association of Southeast Asian Nations (ASEAN)

20 October Duterte during his visit to China called U.S. President Barack Obama is a “son of a whore” and said that its country “it is time to say goodbye to the USA”, but later expressed regret in connection with the foregoing.

The head of state noted that the Alliance with Washington has brought Manila to little avail. “Stay in my country has been used for your own benefit,” said Duterte.

He also added that he did not intend to visit the United States because its there waiting for some insults. According to Duterte, he was “fed up” the foreign policy that Washington is trying to dictate Manila.

Later, when after the election on 8 November it became clear that a Republican will be the new American President, Duterte said: “long live tramp!” He noticed that the two politicians are often compared due to their habit not to waste your time on graceful language.

During the election campaign, trump noted that harsh statements of the Philippine leader regarding the USA and the current President Barack Obama indicate lack of respect. However, the Republican noted the importance of the geographical position of the Philippines and he criticized Obama for what he didn’t know foreign leaders as it should.