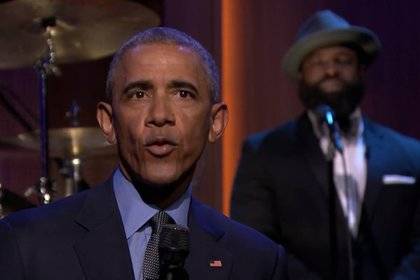 President Barack Obama thought about a career in digital media after leaving the White house and creating their own media companies. Meanwhile, according to the Mic, citing its sources.

Obama reportedly considering participation in the show on the channel streaming video Netflix or drama on a Comedy website. When it comes to the idea of starting their own media companies, according to Mic, the US President recently cooled.

To discuss their plans, Obama, in the words of one interlocutor Mic, confidentially met on the sidelines of the APEC summit in Peru with the founder of Facebook mark Zuckerberg.

White house Director of communications Jen Psaki has officially denied this information. “The President intends to work actively with young people and interested in changing the ways of presenting information, but it is not going after leaving his post to engage in the media business,” said she.

Obama will relinquish the presidency to Republican Donald Trump in January 2017. In March, he said that the family plans to stay in Washington a few years younger daughter Sasha managed to finish school. The President did not exclude that in the future the couple can Obama move to Hawaii or Chicago, the birthplace of his wife Michelle.