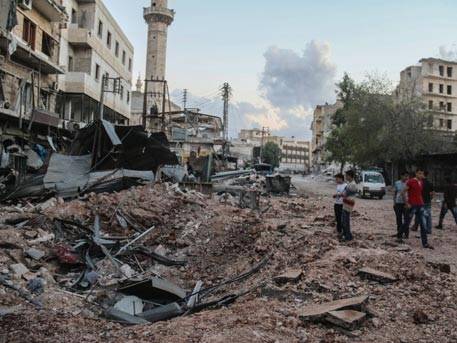 If London does not carry humanitarian aid to Aleppo, then he should not prevent others to work. So, the official representative of the Ministry of defense of Russia Igor Konashenkov commented on the statement by the UK that our country supposedly does not allow to deliver humanitarian aid to Syria.

Earlier, the Daily Mail carried the words of press Secretary of British Prime Minister Theresa may on the situation in the Arab country, where he said that Russia allegedly “impede the delivery of humanitarian assistance to residents of besieged Aleppo, agreeing to a cease-fire.”

Major-General recalled that on 28 November, the Syrian troops liberated more than 40 percent of the militants besieged areas in the Eastern part of the city. More than 90 thousand living there civilians left once the militant-controlled neighborhoods. About 30 thousand civilians, half of whom are minors, escaped to safe areas of the city.

All this time the population of the Eastern districts of Aleppo receives daily from the Russian Center for reconciliation of the parties and the Syrian government humanitarian aid, medicines and necessities.

UK, according to Konashenkov, all the time of the armed conflict in Syria does not help a country that is on the verge of a humanitarian catastrophe.

“So if the UK government really want to send to the residents of the Eastern districts of humanitarian aid – all conditions for this, tell me where she is stuck. If any British humanitarian aid to Aleppo, do not disturb others to help,” – said the representative of the defense Ministry.

After these statements, Britain, the question arises, Konashenkov said, “whose opinion was expressed by the press Secretary Theresa may: of his or the head? It seems that the government of great Britain on the basis of Russophobia lost an objective view of what is happening in Syria, including in Aleppo”, – concluded the General.