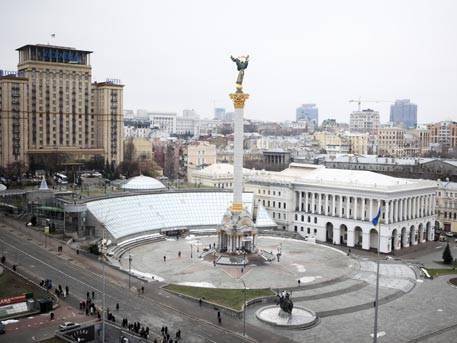 The Chairman of the Federation Council Commission on information policy Alexei Pushkov predicted the outcome of the war with the Soviet Union in the “minds of men”, which, according to Ukrainian President Petro Poroshenko, Kiev leads.

“”Ukraine is fighting to bury the Soviet Union”,- said Poroshenko. Empty pathos. Fighting with his people, the Kiev government is in danger to bury Ukraine”, – wrote on his Twitter page Pushkov.

Friday, December 2, speaking in Warsaw on the occasion of the 25th anniversary of Poland to recognize the independence of Ukraine Petro Poroshenko said that the Soviet Union, which is fighting his country is in the minds of people. And that’s where he needs to be buried, said the head of the country.

From may 2015, after Ukraine passed the law on the so-called decommunisation, the country struggle with the Soviet legacy. Kiev authorities get rid of monuments and toponyms of the Soviet era. One of the most widely discussed solutions in the scope of the act was the renaming of Dnepropetrovsk in the Dnieper. In addition, in Ukraine dismantled more than 1.2 thousands of monuments to Vladimir Lenin and renamed nearly a thousand settlements.